← Back to Dealing with a Prostate Cancer Diagnosis

To formally diagnose prostate cancer, there are a number of tests that may be used. Once it has been diagnosed, the disease is graded to assess its aggressiveness. Finally, the stage will be determined to understand the extent of the cancer and how far it has spread. Diagnosing, grading and staging are all important determining factors when deciding on a form of treatment.

Formally diagnosing prostate cancer often requires more than one test. There are multiple tests that can be performed, from exams that initially detect the possibility or potential of cancer, to tests that confirm the disease, and further analysis that determines if the cancer has spread, according to the American Society of Clinical Oncology (ASCO). If signs and symptoms suggest prostate cancer, in addition to a physical exam, a digital rectal exam (DRE) and a prostate-specific antigen (PSA) blood test may be performed by the patient’s physician. If any results show abnormality or signs of prostate cancer, the next round of testing may begin.

Through a urine test, the Prostate Cancer gene 3 (PCA3) assay is able to detect whether or not the prostate gene is present in the patient’s body. Using a probe that is inserted through the rectum to take an image of the prostate, a transrectal ultrasound (TRUS) is performed. Typically this is done simultaneously with a biopsy. A biopsy is perhaps the most important test performed. Often done on an out-patient basis, a biopsy removes a small portion of tissue for testing. Unlike other prostate cancer testing, a biopsy is the sole exam that can confirm a diagnosis, according to ASCO.

Sometimes, both MRI and ultrasound imaging methods may be used to detect prostate cancer. This MRI fusion method allows the urologist to see inside of the prostate gland with advanced technology, according to Stanford Health Care. First, the MRI will detect any areas that look abnormal and then, the areas that are suspected of being cancerous can be quickly and accurately biopsied with the ultrasound imaging.

According to the source, these are tumors that may not be detected by other means. Those recommended to undergo this short procedure are those with low-risk cancer in active surveillance, those who are interested in the advanced technology for biopsy testing and those who have had a negative biopsy but still have high levels of PSA that cannot be explained.

After prostate cancer has been confirmed, doctors may want to perform further image testing to see if it has spread, according to ASCO. These include MRIs, CT or CAT scans and bone scans.

After prostate cancer is confirmed with a biopsy, a pathologist will perform an analysis of the cancerous cellsunder a microscope, explained the Prostate Cancer Treatment Research Foundation (PCTRF). This will determine how fast it is projected to grow and the likelihood of the cancer metastasizing. The aggressiveness of the cancer is assessed and then classified based on the Gleason grading system. The Gleason system scores cells on a scale from one to five, but the overall Gleason score for a patient will be between two and 10, according to the source. 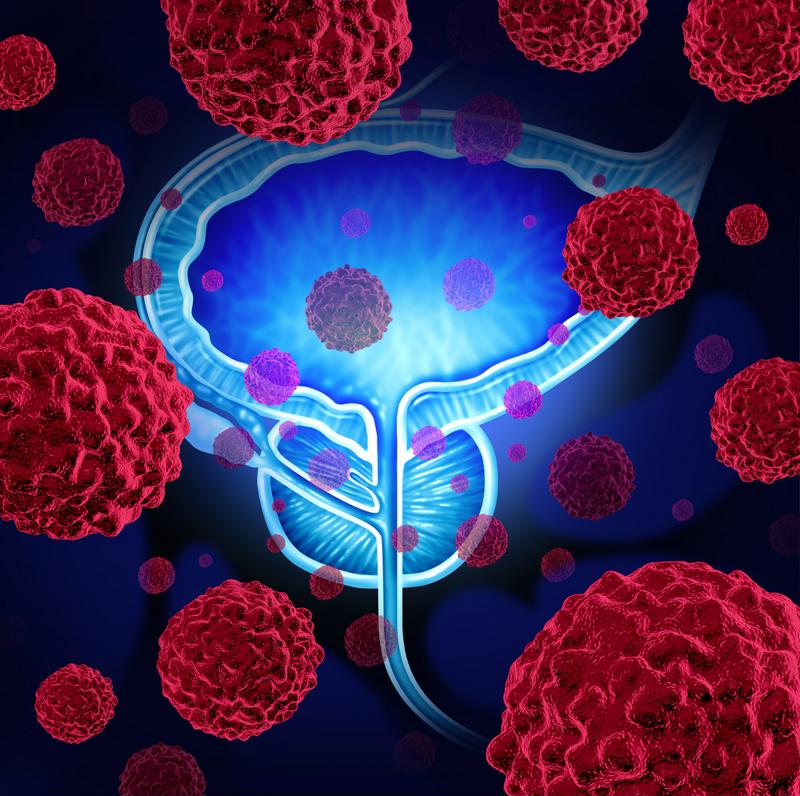 Comparing the cancer cells to the patterns of normal cells, the pathologist will give the most common pattern a grade of one to five. The Prostate Cancer Foundation (PCF) explained that as cells transform from healthy to cancerous, they go through five distinct patterns. These are the five scales of the Gleason system. Low-grade tumor cells are quite similar to normal cells and rank between one and two on the scale, while high-grade tumor cells – closest to a scale of five – are so mutated that they will not look anything like the normal cell pattern.

A second common cell pattern will also be given a grade of one to five. The two most common grades are then added together to provide the patient’s Gleason score. Higher scores mean more aggressive tumors, which are more likely to spread quickly, according to the PCTRF. Additionally, the PCF stated that a Gleason score of five or higher in the prostate or biopsy signals a higher chance of recurrence.

According to the American Cancer Society (ACS), the TNM staging system that comes from the American Joint Committee on Cancer (AJCC) is the most common approach used to stage prostate cancer among patients in the U.S. This scale ascertains how far the cancer has spread, and to what extent. Staging is very critical for two reasons. It’s one of the primary factors for deciding on a treatment option and it’s an important tool for determining future prognosis of the disease. The staging system uses the following letters: T, N and M.

There are two types of T classifications, the clinical stage and the pathological stage, both of which describe the extent of the primary tumor, according to the University of California San Francisco Medical Center (UCSF Medical Center). Needle biopsies, transrectal ultrasounds and DREs determine the clinical stages, which are then used to determine a course of treatment. Clinical staging does have the potential to misjudge, or underestimate, the extent of cancer growth. The pathological stage on the other hand is more accurate, but is only used for those who have already undergone surgery, to then determine further treatment.

There are also three levels in the M stage, which declares the presence or absence of distant metastasis, according to the UCSF Medical Center. Similarly, M0 represents cancer that has not spread beyond the regional lymph nodes. M1 means that metastases have been found in distant lymph nodes as well as bones and organs. And when the distant metastases cannot be gauged, it is classed as stage Mx.

Once the diagnosing, grading and staging has been determined, next steps will include honing in on a treatment option for the patient.