← Back to Understanding Prostate Cancer

A disparity in risk factors

The mortality rate is 2.4 times higher for African-American men

Researchers, scientists and doctors agree that while they cannot pinpoint a definitive reason why prostate cancer incidence and death rates are higher for African-American men, cultural and lifestyle habits, medical care, genetics and nutrition may all play a part in the discrepancy between race statistics. According to the Journal of the National Cancer Institute (JCNI), migrant studies have shown that the risk for prostate cancer in men rises among those who immigrate to the U.S, as is the case for many other cancers as well. 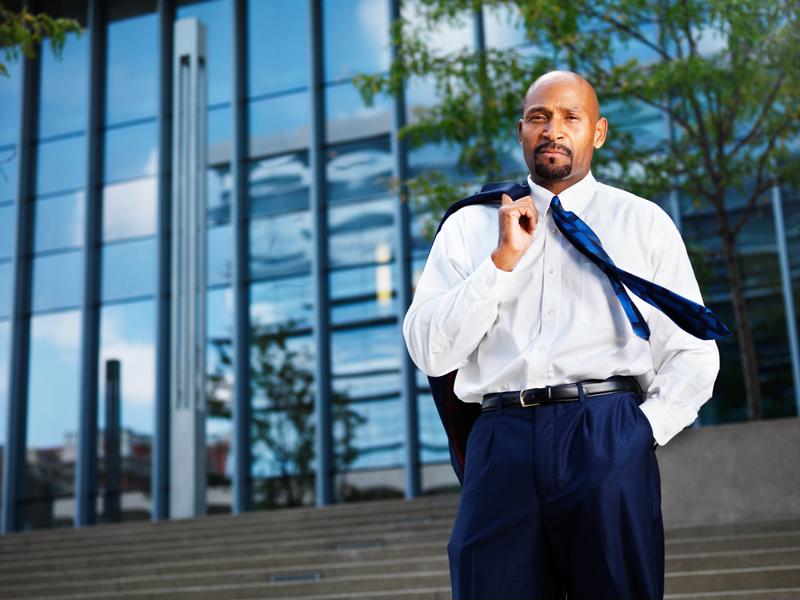 Each Year 1 out of 9 men are diagnosed with prostate cancer – and those odds become worse for African-American men.

While these rates of higher incidence among African-American men still remain largely a mystery, late detection has been linked to higher mortality. The National Cancer Institute asserted that yearly prostate-specific antigen testing was once highly advised by doctors for men beginning at age 50 and perhaps even earlier depending on risk factors. However, emerging research has led some medical organizations to back down from encouraging PSA screening. Whether PSA screening is recommended or not, it is now agreed that any patient considering the testing should be informed of all possible harms and benefits.

To complicate the issue further, honest and open discussion with a trusted doctor is not always readily available for all men. Pride, fear and the low likelihood to seek care in the first place are other barriers that stand in the way for male patients across the board. Moreover, several studies conducted over the years have pointed to the conclusion that these factors, along with a combination of cultural taboos and quality of care are to blame for the lack of participation in early-detection screening among African-American men.

Concerned About Prostate Cancer? Learn About the Most Effective Treatment Options

A 2004 study “Culture, Black Men, and Prostate Cancer: What Is Reality?” published in the Journal of the Moffitt Cancer Center concluded that an overall feeling of disconnect with the health care system among African-American men has contributed to the lack of participation in early testing. The longitudinal study analyzed prostate cancer screening behaviors among 277 black men and 94 primary care providers. Men in the study were non-Hispanic African-Americans over the age of 40 with no diagnosis or symptoms of prostate cancer. Participants also had no evidence of mental illness. Additionally, the majority of participants had a personal physician and insurance coverage, and were highly educated.

Researchers found five strong themes emerge from the study that shed light on the way in which beliefs and attitudes had an implication on decision-making for prostate cancer prevention. Those five crucial factors were sexuality, social support, quality of care, communication and lack of knowledge. The last factor can be attributed to shortfall when it comes to discussion with health care professionals, as the study found that 48.7 percent of the respondents stated they were not certain of their risk when asked about prostate cancer, and 44.8 percent were not aware of the PSA test. Even more telling, approximately 27 percent of participants had not heard of the digital rectal exam screening method.

More than half of the participants, 53.4 percent, reported that their doctor had never told them they needed a PSA. Though 127 out of 277 respondents had the PSA, 47.4 percent of that group stated that their health care provider or doctor had not explained the risks or benefits of the test. Additionally, 43.4 percent were not told why they should have the PSA. Many participants reported that they felt they were treated differently in the health care system due to their race and 58.6 percent said they believed their race/ethnicity was an influencer of the quality of care they received.

One 50-year-old participant said, “I know that in areas where people are underserved… the attitude of the people giving the service is superiority. ‘If you don’t like it, leave.’ I have had insurance forever, and no one’s talked to me about prostate cancer.” 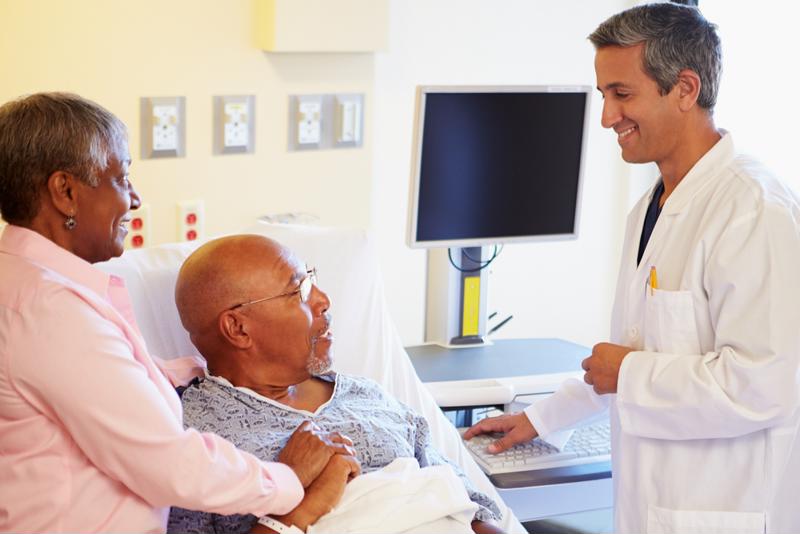 The historical disconnect of black men within the health care system needs to be changed and culturally appropriate communication is key for reversing the lack of trust and connectedness for prostate cancer screening, concluded the study. Health care professionals and doctors must acknowledge the previous negative experiences with the system and work to provide cultural sensitivity, appropriate materials and resources on prostate cancer, quality service and an open and honest relationship between the provider and the patients.

In July 2012, while he was senator, Secretary of State John Kerry led the unanimous passage of a bipartisan legislation recognizing prostate cancer as, “an epidemic striking African-American men disproportionately,” according to the PCF. The Senate Resolution 493 pressed federal agencies to support and further research of the disease, primarily research for advanced tools and imaging techniques. Following the passage of the legislation, Kerry said:

“Prostate cancer is an epidemic – it kills every 16 minutes. This disease killed my dad, but I was lucky to beat it ten years ago. I introduced this resolution in the Senate to bring attention to this silent killer, how it disproportionately affects African Americans, and the need for additional federal investment in prostate cancer research, education, and awareness. I’ve been through the battle against prostate cancer and I understand the strain a diagnosis places on the patient and their loved ones. We need to stay focused on research and arm Americans with the tools to prevent, detect, cure and treat this disease, and I’m grateful to my colleagues and our advocates for pushing this resolution through.”