← Back to Prostate Health

The prostate-specific antigen blood test (PSA) is one of two exams used in the early screening of prostate cancer. Approved by the FDA in 1986, the test was intended to monitor the development of the disease among those who were already diagnosed, according to the National Cancer Institute (NCI).

Eight years later, however, it was mandated that even those who were asymptomatic would be given both the PSA and the digital rectal exam (DRE). Since then, the use of routine population screening has remained up for debate. As more is understood about both potential risks and benefits of early screening, some professionals in the field have begun to caution against annual PSA screening, though many insurers, both private and public, continue to cover them yearly, according to the NCI.

Cells within the prostate gland are responsible for producing PSA, which is typically found in semen, but may sometimes leave small traces in the blood as well. Among men who do not have prostate cancer, typically numbers from this screening test will indicate PSA levels that are under 4 nanograms per milliliter (ng/mL) of blood, according to the American Cancer Society (ACS). As PSA levels rise, so does the risk for cancer. For those with a PSA level over 10, the chance of developing prostate cancer is more than 50 percent.

An elevated PSA may also point toward conditionssuch as prostatitis or benign prostatic hyperplasia (BPH), reported the ACS. As men grow older, many are affected by BPH, a non-cancerous enlargement of the prostate which causes PSA levels to rise. Ejaculation, male hormone medications and some urologic procedures can also provoke an elevated reading. Additionally, prostate levels tend to slowly rise with age, even if there is no abnormality within the prostate.

At the same time, there are also external factors that can cause a lowered PSA level reading than what is actually present, according to the ACS. Those who carry extra weight, frequently take aspirin or use certain cholesterol-lowering drugs may see lowered levels. Drugs used to treat urinary symptoms of BPH, such as finasteride or dutasteride, may also lead toward erroneous numbers.

Though an elevated PSA is not the cause of the cancer, but merely an indicator of the problem, a low PSA level is still a strong sign of good prostate and overall health, pointed out the Prostate Cancer Institute (PCI). And as such, all men should aim to have a low PSA level. While age and genetics are two big constituents affecting PSA levels, lifestyle factors actually play the largest role, reported the source. Thus, by making simple changes to health, lifestyle and diet, there are several ways to naturally bring down PSA levels.

According to the PCI, engaging in regular aerobic exercise may help to reduce PSA levels in men. Excess estrogen, which can negatively affect prostate health, is often promoted by weight gain. Studies have shown that those who take part in activities such as yoga, running, swimming or meditation can help to lower their levels not only by losing weight, but by simultaneously reducing stress-related inflammation. 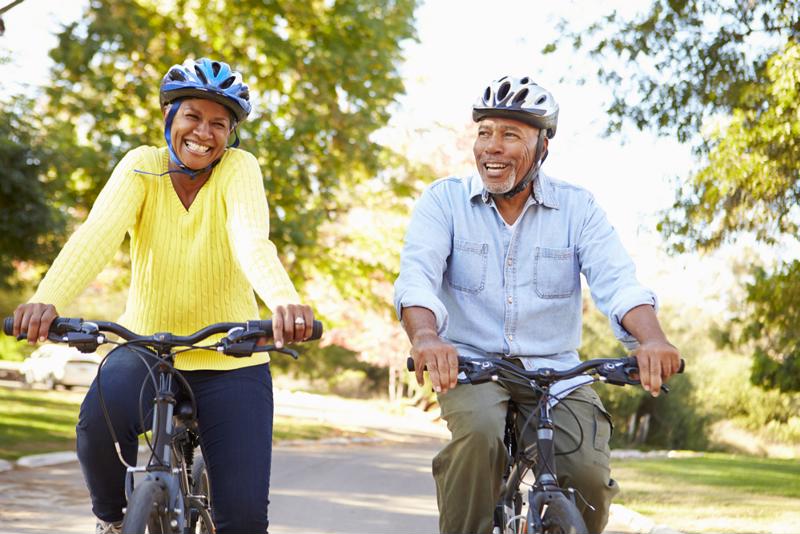 A 2011 study from the Harvard School of Public Health in collaboration with the University of California, San Francisco analyzed 2,705 men who were diagnosed with prostate cancer over the course of 18 years. Each participant recorded the average time per week spent biking, walking, running, working outdoors or playing sports. The researchers’ findings concluded that those who were actively engaging in three or more hours of vigorous physical activity each week had a 61 percent lower risk of prostate cancer-specific death in comparison to the men who completed less than one hour each week. Additionally, results showed that both vigorous activity and non-vigorous activity were beneficial to overall survival.

“Our results suggest that men can reduce their risk of prostate cancer progression after a diagnosis of prostate cancer by adding physical activity to their daily routine,” said Stacey Kenfield, lead study author and researcher at the Harvard School of Public Health. “This is good news for men living with prostate cancer who wonder what lifestyle practices to follow to improve cancer survival.”

2. Add more tomatoes to your diet

Getting the recommended daily serving of both fruits and vegetables is extremely important for your overall health, as well as avoiding disease. In particular, consuming tomatoes can help to lower PSA levels and reduce the risk of prostate cancer, according to an article published in the Journal of the National Cancer Institute. Tomatoes contain lycopene, a micronutrient and antioxidant that is released when these juicy red vegetables are cooked. In the experimental study of 43 men with PSA levels between 4 and 10, study authors found a 10.77 percent decrease in PSA levels among patients with BPH who were submitted to daily ingestion of tomato paste.

Moreover, the PCI reported on another study showing that PSA levels in men with advanced prostate cancer can be lowered by 65 percent simply by adding more tomato products to a diet. However, it is important to avoid canned tomatoes as they often contain toxins such as bisphenol-A.

Both meat and dairy products can lead to increased production of hormones, which can affect prostate enlargement, according to the Physicians Committee for Responsible Medicine. In fact, those who eat meat on a daily basis have a tripled risk of prostate enlargement, reported the source. Limiting the amount of each and consuming more vegetables can help lead to lowered PSA levels. Additionally, the unhealthy fats in meat can lead to weight gain – another factor in raised PSA levels.